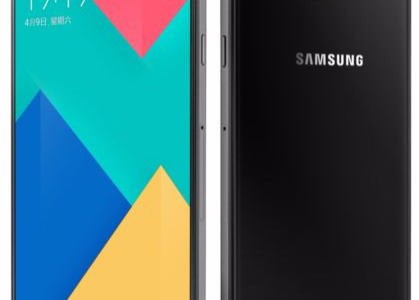 Samsung just released their latest A series smartphones, the Galaxy A5, Galaxy A7, and Galaxy A9 last January 2016. This April 2016, we expect another awesome release, the Galaxy A9 Pro (2016), the latest mobile phone from Samsung. The Galaxy A9 (Pr0) has a 16MP rear camera which can capture sharper and more detailed images than the Galaxy A9’s 13MP camera. Both cameras have the same autofocus feature, LED Flash, and OIS (Optical Image Stabilization) technology that ensures high-quality images.

The front camera of both smartphones has an 8MP resolution.

One of the camera features that I also look for in a smartphone is the quality of video recording. If you are like me who likes to record high-quality videos, both the rear and front camera of the Galaxy A9 Pro and Galaxy A9 can capture Full HD videos.

Since the Galaxy A9 Pro has the same display size and chipset as the Galaxy A9, we can safely assume that it can last for up to 41.25 hours of talk time. Seriously, that’s a lot!

When it comes to internet browsing which takes the majority of time spent by most people on a smartphone, the Galaxy A9 can last up to 13.5 hours. But the Galaxy A9 Pro can last even up to 16.9 hours. That’s the amount of non-stop time that you can spend in Facebook, Twitter, Instagram, or any other website that you like without charging your battery.

The Galaxy A9 Pro runs on the latest Android 6.0.1 (Marshmallow). The Snapdragon 652 chipset is a mid-range chipset with super fast clock speed that can even match the LG V10.

The same CPU and Andreno 510 graphics processor can be found in the Galaxy A9. Both the CPU and GPU are already super fast so you will definitely like this smartphone’s performance especially if you like to play games with heavy graphics.

Similar Awesome Features with Galaxy A9

For a 6-inch display smartphone, the display quality is for me, the most important feature that should be looked into. The Galaxy A9 Pro’s display definitely passes my standard. Not only because the display resolution is Full HD. This is because, one, it has a 367 ppi pixel density, which surpasses even Apple 326 ppi Retina display. This means it’s sharper and crispier that the basic iPhone display.

According to Apple, at 326 ppi pixel density, the human eye will not be able to see the pixels on a display at a normal viewing distance. I once played the same video file in an iPhone 6s Plus, side by side with a Samsung smartphone with Super AMOLED and the difference is very noticeable. The colors of the Super AMOLED display is more realistic and superb. It made the display of the iPhone look pale and boring. Apple knows this and it is a good thing they already improved the color saturation of their displays when they released the iPad Pro 9.7.

Like the Galaxy A9, the Galaxy A9 Pro has the same metal frame which enhances the durability and sturdiness.When it comes to the display and back panel, they are both protected by a 2.5D Corning Gorilla Glass 4 which is twice the durability of a normal glass.

If you are worried about the glass being slippery, based on experience, it’s not too slippery but you have to be careful as well.

With an 80.9 mm width, the Galaxy A9 Pro and Galaxy A9 are a little large for the grip, but that’s what you will normally have for a 6-inch smartphone.

The Galaxy A9 Pro still comes with a 32 GB internal storage that can be expanded up to 128 GB through a mciroSD card. That is a huge storage capacity which is perfect for big files like movies. Combined with a huge battery capacity and excellent display quality, that’s non-stop entertainment anywhere you go.

What do you think of this latest Samsung smartphone? I would love to hear from you.